When we lived in Texas, our gas grill was on the patio, just outside the open space of kitchen, dining, and family rooms. One early evening, as our girls and many neighbor children watched Sesame Street on TV, I started the grill to cook dinner. I went inside to get the meat from the refrigerator. When I stepped back out I discovered yellow and orange flames rising from the gas tank under the grill up into it.

Have you ever experienced fear to the point that you made a regretful decision?

In Chapter 25, Matthew recounts Jesus’ parable about the master who was going away for an extended time and entrusted money, known as talents in that day, to his servants. He gave a different amount to each of three people. When he returned, he learned that two of them had wisely doubled their share. To them he praised, Well done, good and faithful servant. The third had been given the least amount; instead of acting wisely, he blurted out to the master, Out of fear I went off and buried your talent in the ground. Here it is back. The master’s response was violent.

When we listen to the voice of fear in our hearts or minds, we invariably make foolish choices. Often, we find ourselves in a worse position. Fear causes us to stumble, to ignore wisdom, or to freeze in our tracks, which can have terrible consequences, even deadly. When we believe the lies of fear, we allow it to overpower us and that which we dread comes upon us, as the Old Testament Job lamented.

In John’s first letter, chapter 4, verse 18, we read, There is no fear in love but perfect love casts out fear. And Paul, in his letter to the Romans, chapter 10, reminds us, For everyone who calls upon the name of the Lord will be saved.

When our heart beats wildly or our palms sweat, when our head pounds with anxiety or our breath is short, we can make a powerful response. First, don’t ignore fear. It will continue to rear its ugly head. Instead, acknowledge the presence of fear. But, then, proclaim the Truth: I am created in the image and likeness of God, who is Love. Therefore, in the name of Jesus, and by the presence of God within, I say to you, ‘fear, be gone. You have no place in me.’ Close your eyes, envision Light, breathe slowly and deeply. Then open your eyes and allow wisdom to make the next decision.

Back to my Texas experience: My thoughts were too rapid to time: On the other side of this door is a house full of children. What if an explosion occurs? There is only one way: I must turn off the gas. The valve was engulfed in flames. For a split moment, I wanted to stand in place and scream wildly for help. But then, I began to repeat the name of Jesus – over and over – and did what I knew had to be done. I reached my hand through the flames, cranked off the valve and watched the flames instantly dwindle to nothing. Only flames burning the rubber wheel continued to lap the air. As my voice still whispered the name of Jesus, I ran inside, grabbed a pitcher of water, and quickly ran back out to douse the wheel. All flames were gone. I began to breathe. And give thanks. My hand was totally unscathed. I didn’t take time to proclaim in whose image I am created but belief was strong and his perfect love allowed me to cast out fear. And I did call upon the name of the Lord as I acted in faith. If I had given into the fear that pounded my heart and threatened me with hysteria….Well, I’ve never wanted to imagine the repercussions of such paralyzed inaction.

When have you encountered fear and overcome it with the proclamation of the Love of God as you called upon His name? 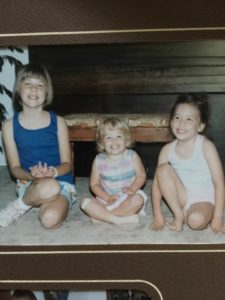 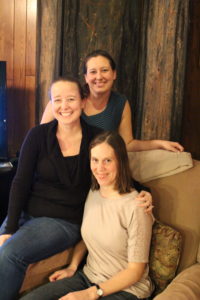 For Victims and Offenders, A Prayer

Have mercy on creatures made in your Image

who are abused, raped, tortured, murdered

by those also created in your Image.

Jesus was flogged beyond recognition.

By lashes and bruises that crushed him,

and thorns pressed into his skull,

Let each of the tormented find refuge

in the raw wounds of your only begotten Son.

And let your mercy extend to the victimizers,

for you desire all to know salvation freedom.

In the depths of our being,

we all yearn for Christmas Joy

Let us pray that each one

created in the Image of God

seeks Truth, that alone can fill the void.

It is then we shall live in harmony

I Met a Man Named Mike

Mike had a rough life growing up but he was strong and courageous. He is a former Army Ranger. He was all he needed.

Until everything fell apart when he resigned from the military where depending on self isn’t all that’s needed. His marriage crumbled, because it didn’t have a very strong foundation in the first place. He lost his home.

He was angry and bitter. He landed in jail more times than he wanted to count because he couldn’t keep himself from fighting wherever he was. Mike’s home was under a bridge.

Then he heard about a place to get a change of clothes, and even a hot meal. Everyday if he chose. It was a place where no one judged anyone. A place where those who care do so because they love God. But they never force their belief on anyone.

He visited that place often. And very slowly, as the people there gave in God’s name, Mike’s heart began to soften. He signed on as a volunteer to help people like himself. He stopped looking for reasons to start a fight.

One day Mike walked into the church attached to this giving center. God met him there with open arms of love and forgiveness. And Mike melted in His presence.

Fast forward 18 months. Mike is a part time employee at the place that was the catalyst for his transformation. Because of steady, though small, income, and not frequenting jail, he was able to buy a truck. He lives there. It’s not a home, of course. But it’s a step in a better direction. In fact, when I met Mike not long into his employment at this giving center, he announced that he’d just secured a full time job.

When Mike tells his personal story of redemption with thanksgiving, his face is full of light. Because now Mike has hope.