Parental Sacrifice: It’s All About Love

Be prepared for the following read. I have recorded rambling thoughts as they tumbled into my awareness, so it’s a bit disjointed and somewhat out of order. I share these thoughts because I hope that, in the end, it will cause you, the reader, to wonder. To ponder. To contemplate. My thoughts are not gospel. And I don’t expect them to apply to anyone else, believer or not. God speaks to our hearts to draw us closer. He speaks to each of us, individually.
Still, I am curious to know if these ramblings have caused you to dive deeper into your heart with Him. Please let me know.

I’ve been thinking a lot about the kingdom of heaven being at hand and of heaven on earth.
Today, walking in the woods, observing God’s creation enveloping me, I thought of how perfect the earth was at the beginning.
We know that sin separated man from God, yes. But in addition to the broken relationship between God and man, it also caused something like a fuzzy translucent covering over man’s eyes and he was no longer able to see God in his creation, as in the beginning. Before Jesus, God had to reveal himself in extraordinary ways like in a burning bush, in the dirt, at the parting of the Red Sea, and guiding by fire and cloud.
We know that all of God is here on earth, just as all of him is in heaven. In other words, there will be no more of God in heaven than there is here.
And then I had that realization, once more, of heaven on earth. When we are in heaven, creation will have new dimensions. We can’t see it like that now in our earthly form. Whether or not heaven is a city as we envision doesn’t matter. The new Jerusalem is here, at hand.
At the moment of Jesus’ conception, the eyes of those created in his image began to open – forever. Once more, as before the fall, God walked among his creation. We all have the ability to see God in his creation exactly as Adam and Eve could before the fall. Even those who choose not to believe that Jesus is the only Begotten Son of the One Triune God, are able to see infinite beauty in creation because God became like those he created in his image. His Incarnation has allowed all men to see that the kingdom of heaven is at hand – heaven on earth is here.
I feel certain that the earth, and all life in it, seemed to stand still the moment Jesus died. Living immediately became no more than mundane drudgery. The birds did not sing. The wind did not rustle the leaves that hung limply. Then he rose! All creation sparked again and life had purpose again. The people knew God was in the garden, just like Adam and Eve. Heaven on earth.
Belief in Jesus and his redemptive work takes us one step further – or, perhaps, closer. His work restores the relationship man had with God at the beginning. We only need to say, “I believe.” He does the rest.
And, then, we can both see and walk hand in hand with our Creator.

All creation sings of His Glory.

The heavens declare the Glory of God 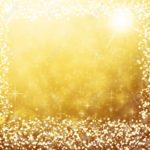 His mercies are new every morning.

Cheryl Wills is a Christian who converted to the Catholic Church in 2000 with her husband of 30+ years, Ed. Wife, mother, writer, and entrepreneur fulfill her calling. She enjoys hiking and cycling, photography, drawing and painting, scrap booking and reading.